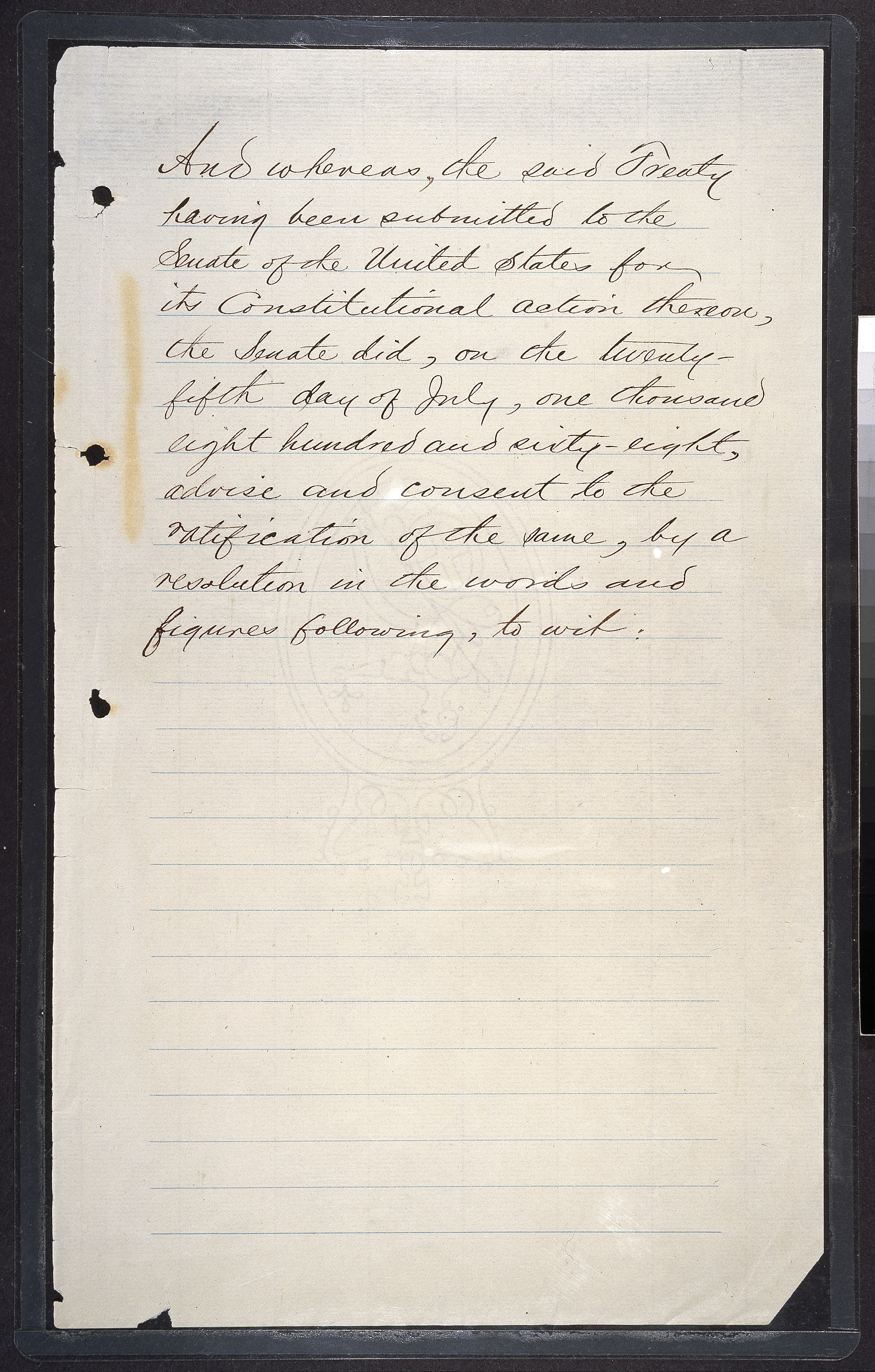 And whereas, the said Treaty having been submitted to the Senate of the United States for its Constitutional action thereon, the Senate did, on the twenty-fifth day of July, one thousand eight hundred and sixty-eight, advise and consent to the notification of the same, by a resolution in the words and figures following, to wit: