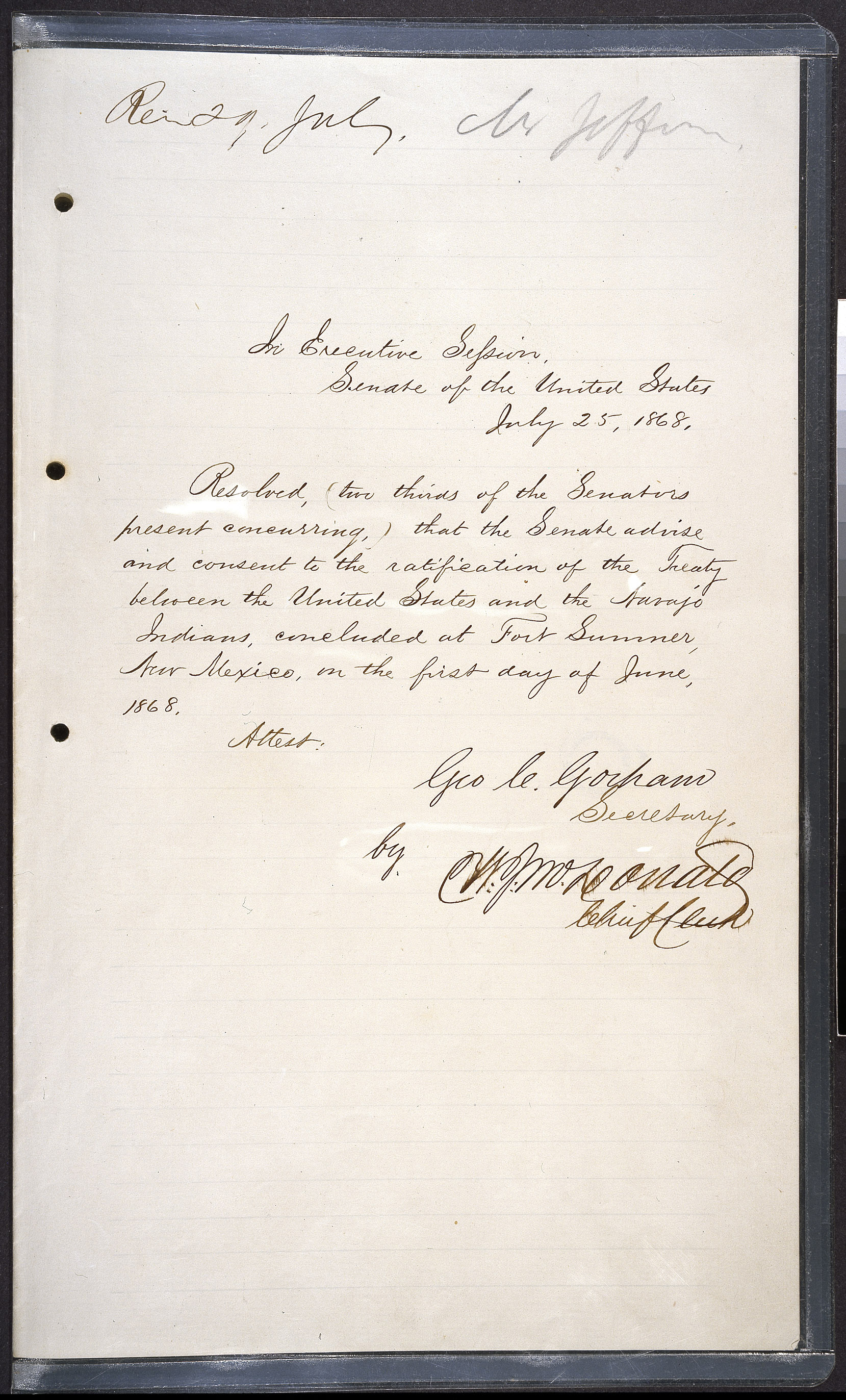 In Executive Session Senate of the United States July 25, 1868

Resolved, (two thirds of the Senators present concurring,) that the Senate advise and consent to the ratification of the Treaty between the United States and the Navajo Indians, concluded at Fort Sumner, New Mexico, on the first day of June, 1868.